The classic bookstore will never die…

If you’re anything like Chris Finch (great rep), then you’ll probably read about a book a week.

The biggest threats to the humble bookstore in recent years have been Amazon and charity shops – but none can match the sheer joy of wandering into an independent bookstore, talking to knowledgeable staff and finding a hidden gem behind a stack of Mills & Boon.

These independent bookstores are perfect for this experience, and more…

Library Catalog
A bookstore on wheels, Catalog Books is the brainchild of self-confessed bookworm Peter Tzouanos, a man who returned from a trip to Copenhagen and set about designing and making his mobile bookstore a reality. It stocks a varied range of selected books and zines, and you can find it on Oxford Road, next to All Saints Park, just down the fruit and veg guy. 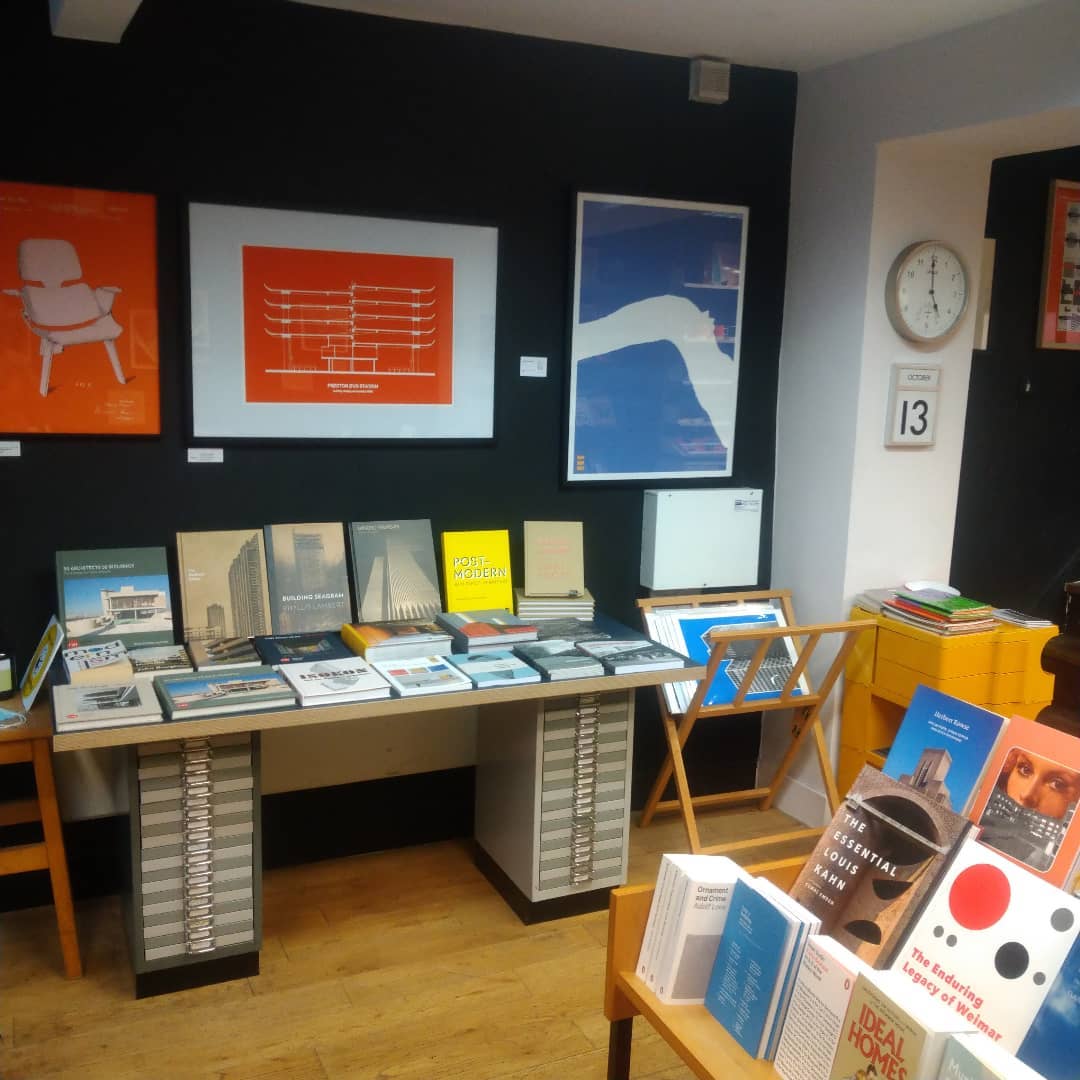 The modernist
The Modernist on Port Street in the North Quarter is the public face of The Modernist Society, which was founded just over a decade ago by Eddy Rhead and Jack Hale. It was created as a focal point for post-war Modernist architecture in Manchester, and The Modernist is the “public face and space” for celebrating good design, holding conferences, organizing exhibitions and sell very sexy books. 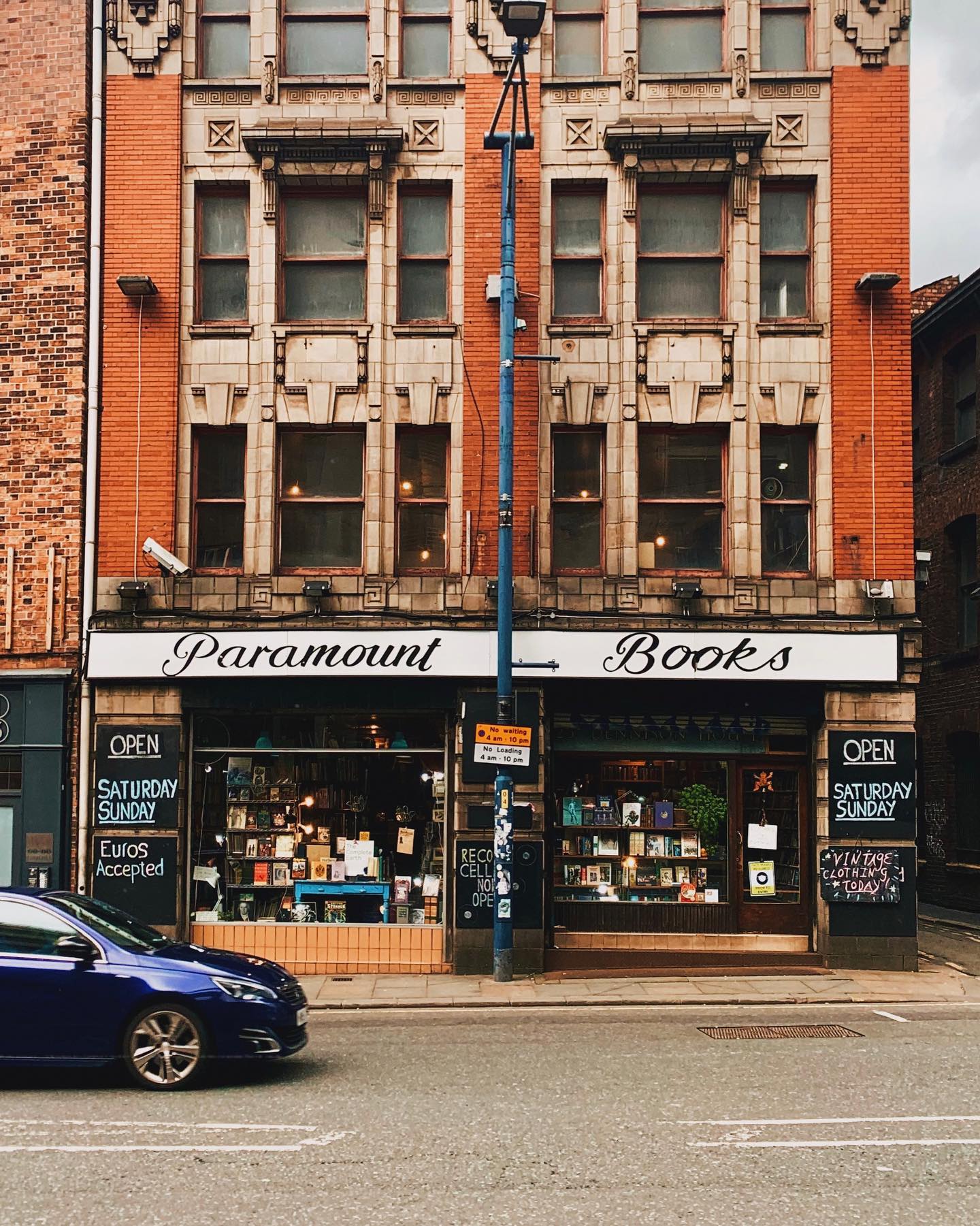 Primordial books
A Mancunian institution, Paramount Books on Shudehill is legendary, if not for its huge selection of books, then for its erratic opening hours, loud music and the fact that they force you to turn off your phone when you’re there. This place has been around since the 60s and there is an incredibly weird selection of books. A must visit. 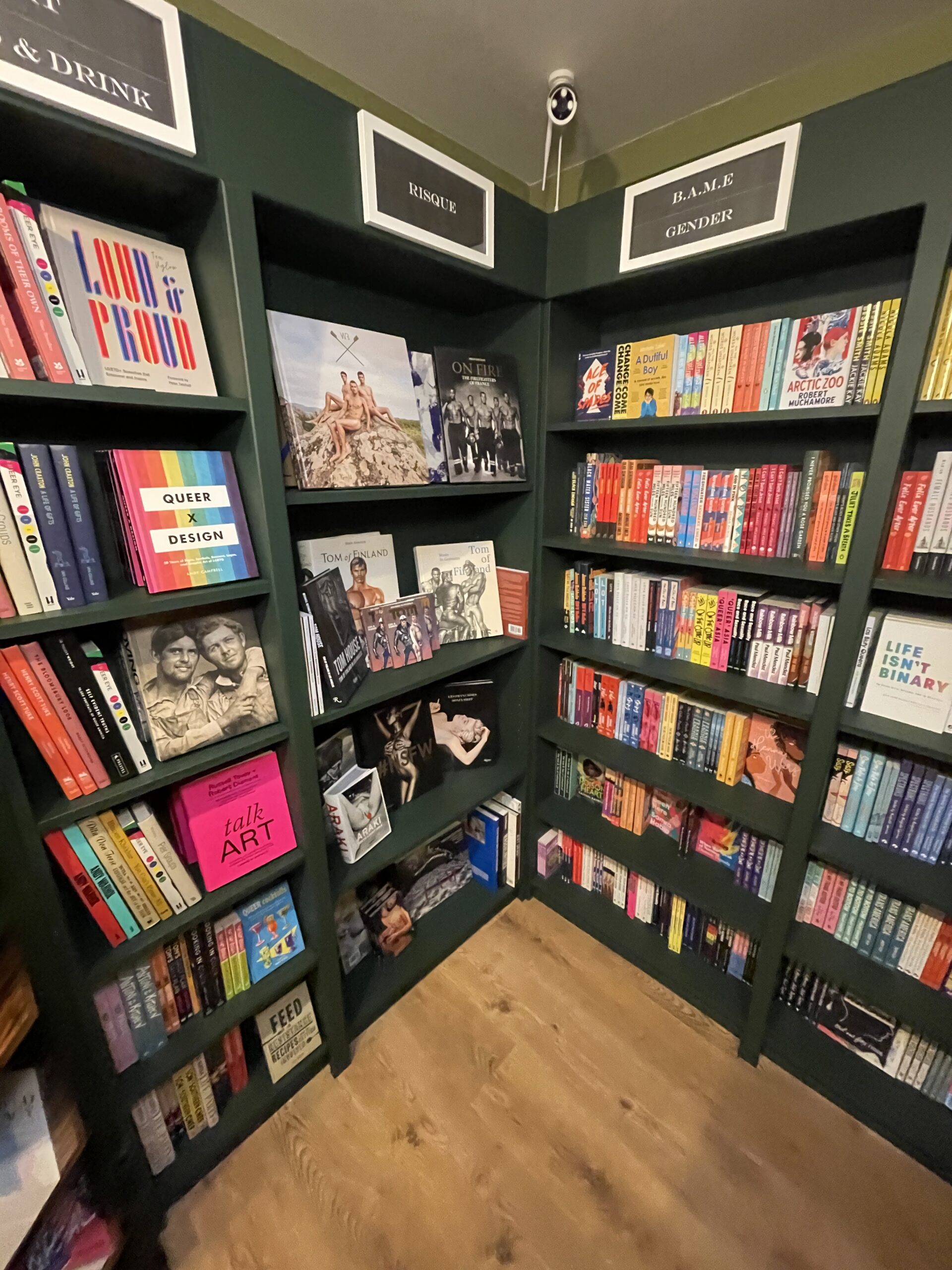 queer lit
Opening on Tib Street during Pride weekend in 2021, Queer Lit is the city’s first dedicated gay bookstore and it’s absolutely fantastic. The journey to opening the bookstore has been a rollercoaster for owner Matthew Cornford, after successfully running a queer online bookstore during the COVID-19 pandemic. Now home to over 1,700 LGBTQ+ titles, you’ll find famous authors alongside hard-to-find and rare books, as well as children’s books – with everything easily categorized and organized for ultimate ease. 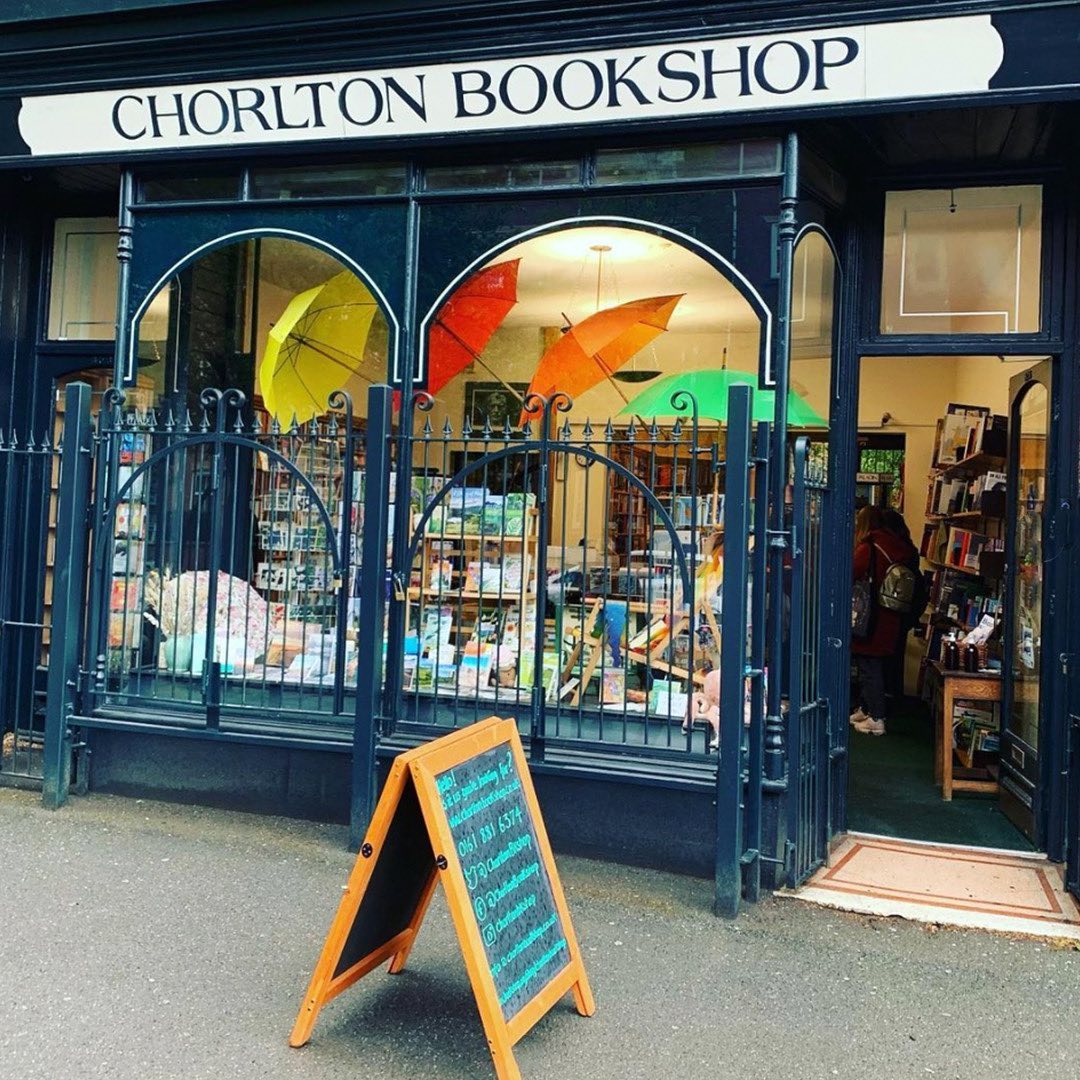 Chorlton Bookstore
A fantastic and quaint little bookshop on the main street of Chorlton, family owned and run since 1983. There’s always an impressive supply of fiction, non-fiction and children’s, plus regular events, including signings and nights out with some of the world’s greatest. authors. 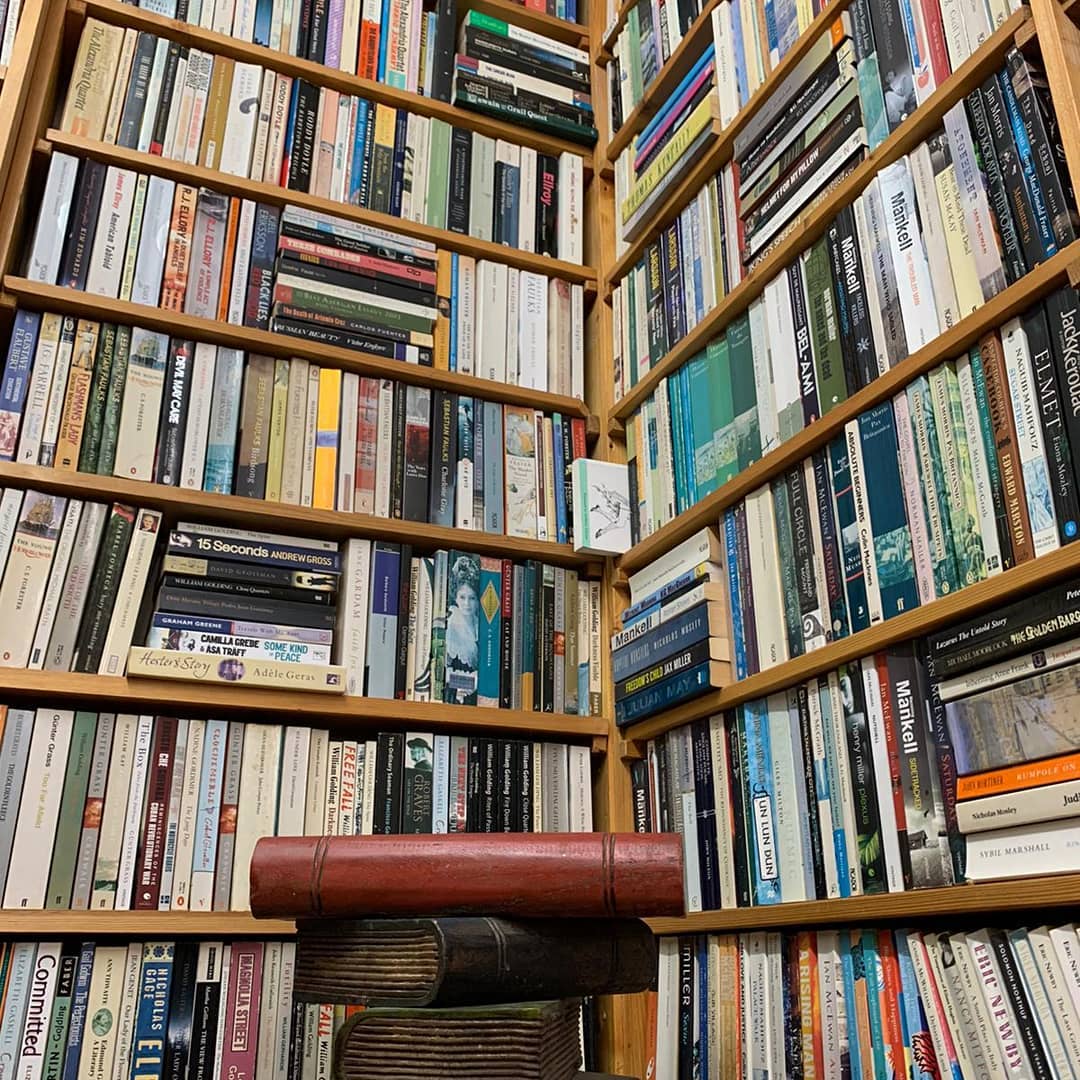 Didsbury Village Bookshop
A secondhand vintage bookshop now, tucked away behind The Heart of Tea on Barlow Moor Road. It’s a real hidden gem this one, with thousands of used books on offer – including loads of classic Penguin titles. You could spend hours here just watching it all – and lots of people do. 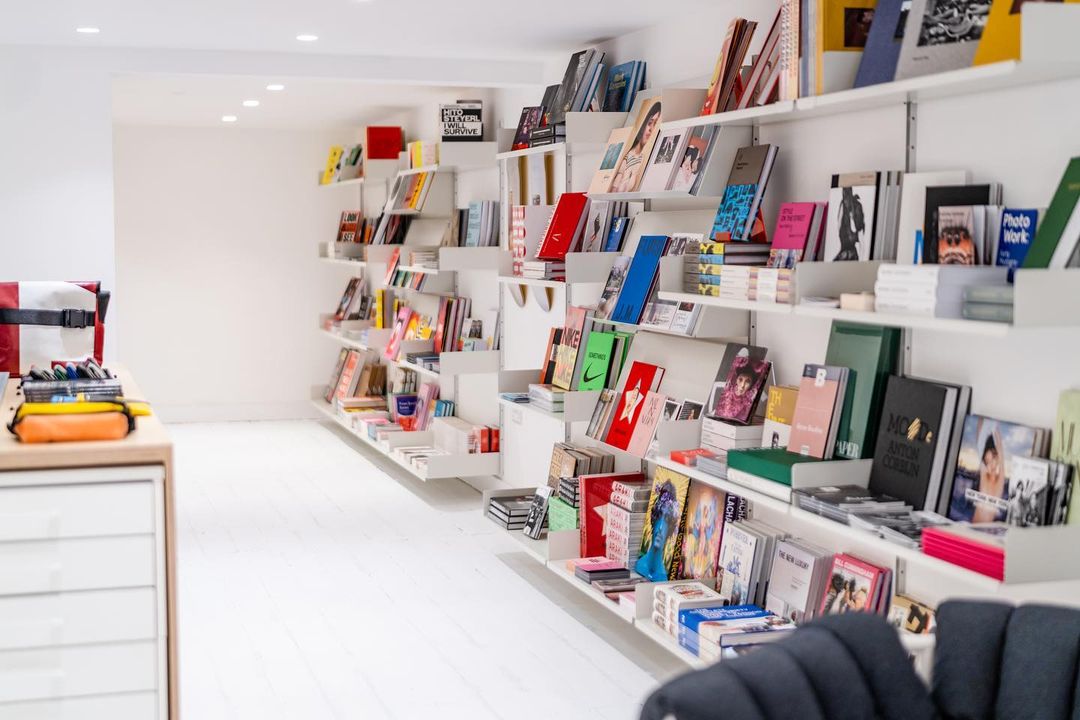 UNITOM
Now open on Stevenson Square, UNITOM is a “visual arts-focused bookstore and print gallery” offering a hand-picked selection of cultural and artistic inspiration. In other words, you will find an impressive selection of publications on contemporary art, design, fashion, photography and counterculture, as well as independent magazines and small press titles. 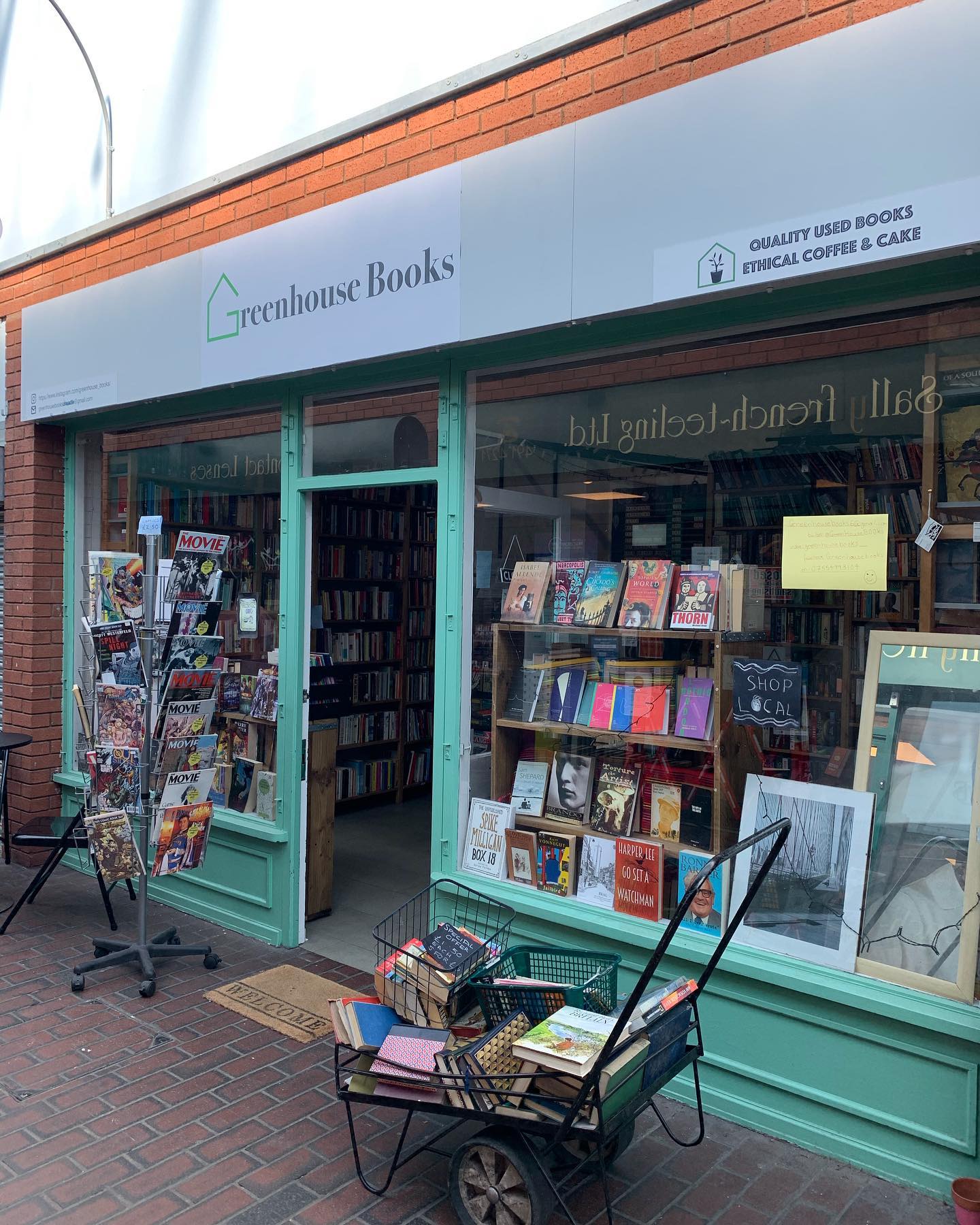 greenhouse books
Right in the heart of Cheadle Village, Greenhouse Books is a family-run, vegan business, with an impressive selection of books, magazines, comics and graphic novels, plus a cafe serving craft coffee as well as soups and cakes homemade. 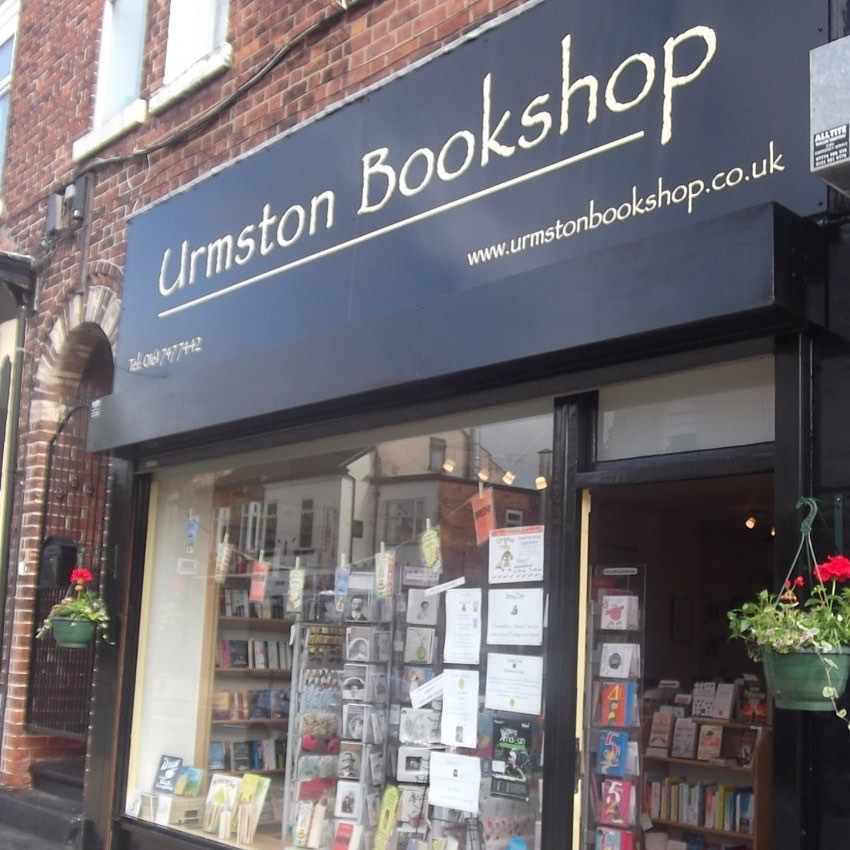 Urmston Bookshop
A lovely shop in Urmston that caters to everyone from adult and child readers to those looking for gifts, stationery and games. They also have a great offer of used books and regularly organize events with authors. 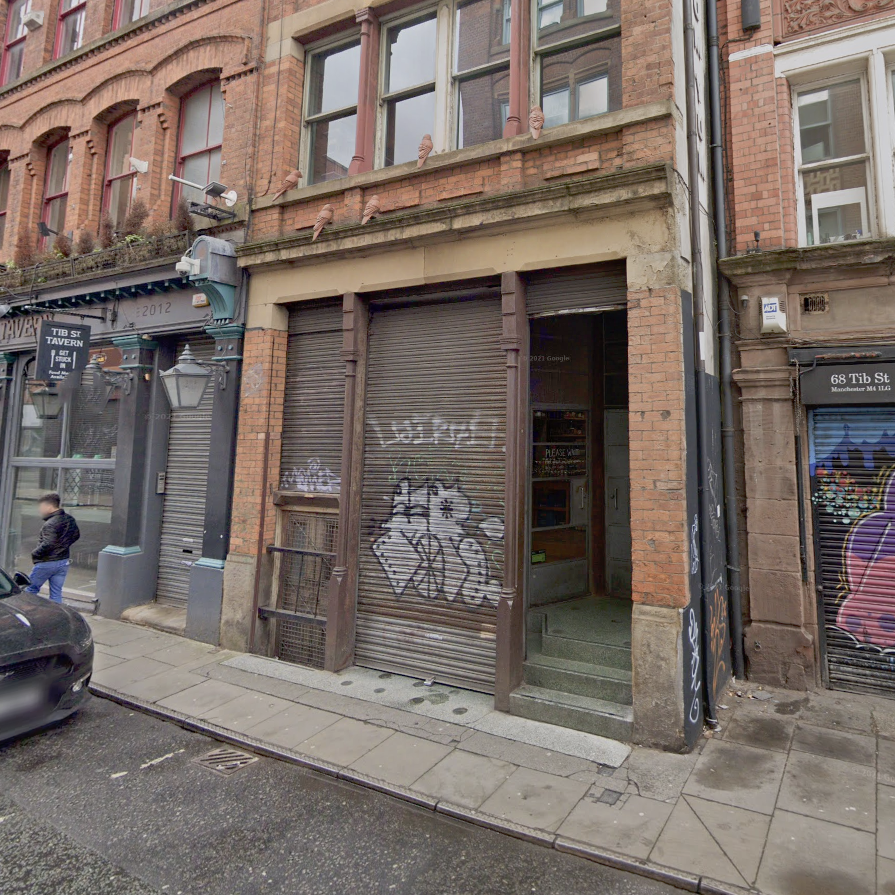 Anywhere out of the world
Up an unassuming flight of stairs next to Beermoth on Tib Street, Anywhere Out of The World is only open Wednesday through Sunday and stocks second-hand titles only. It is a haven for lovers of poetry and literature, and offers a pleasant oasis of calm away from the hubbub of life in the northern quarter outside. 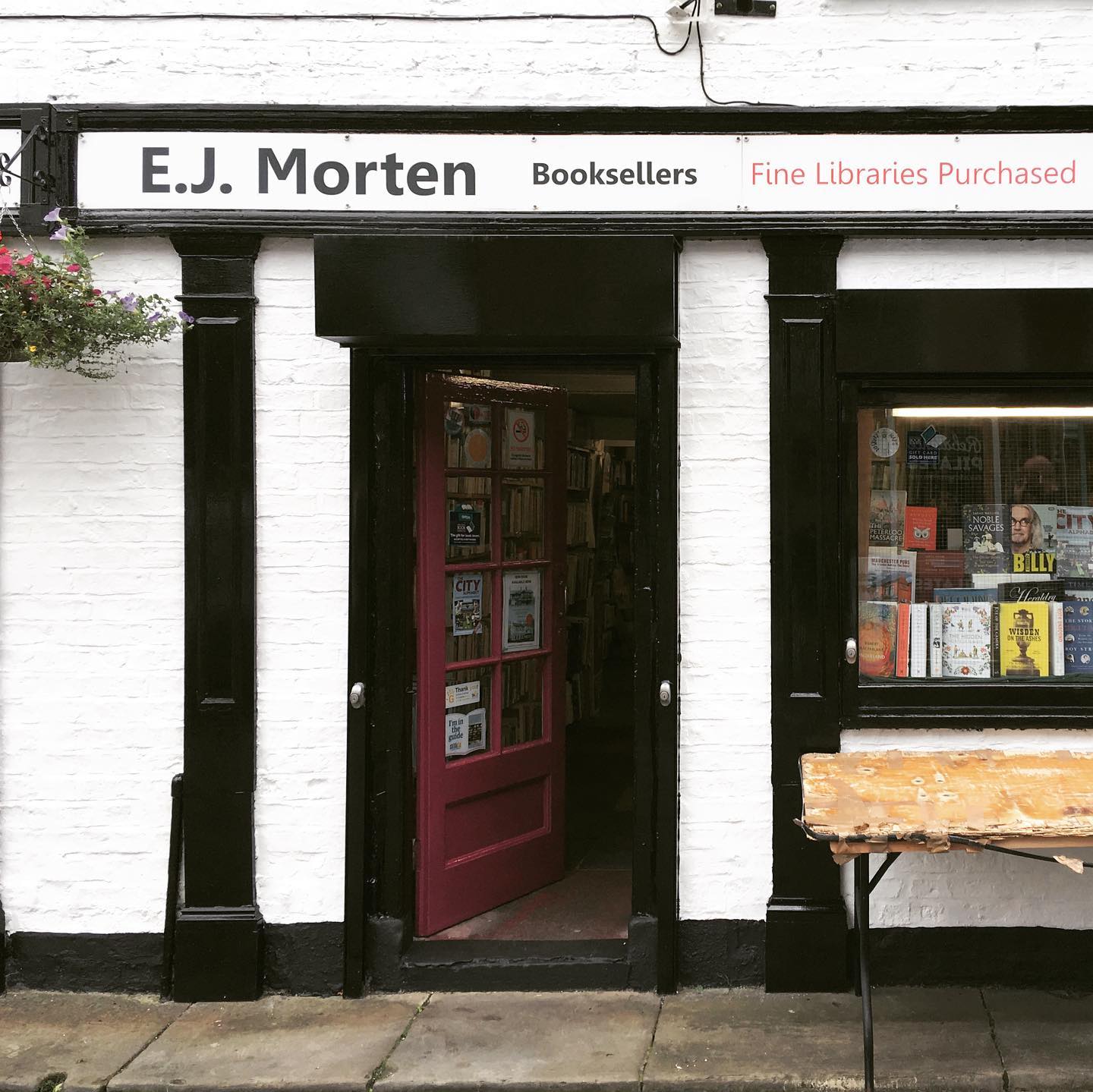 EJ Morten Booksellers
A Didsbury institution since 1959, EJ Morten is a fantastic little bookshop on Warburton Street, specializing in old, used and rare books with a focus on history, military history, travel and literature. 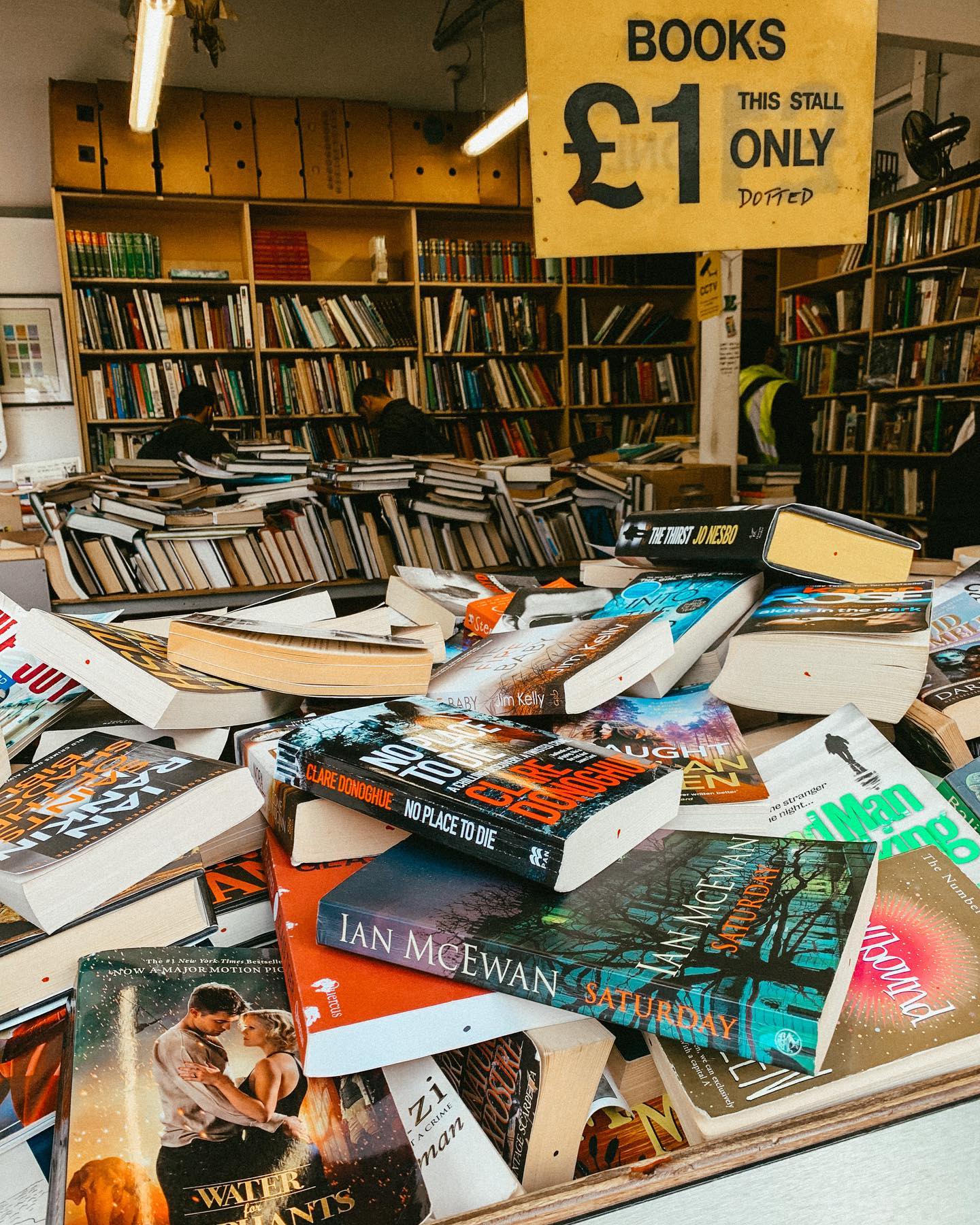 Manchester Book Buyers
This little market stall on Church Street may not be there for a long time, so if you want to have a root around their wares, you should probably do it sooner rather than later. This market has always threatened to be overthrown and/or replaced – although it hasn’t happened yet, so hopefully it won’t work out at all. The big building behind is soon to be demolished – so we’ll see. 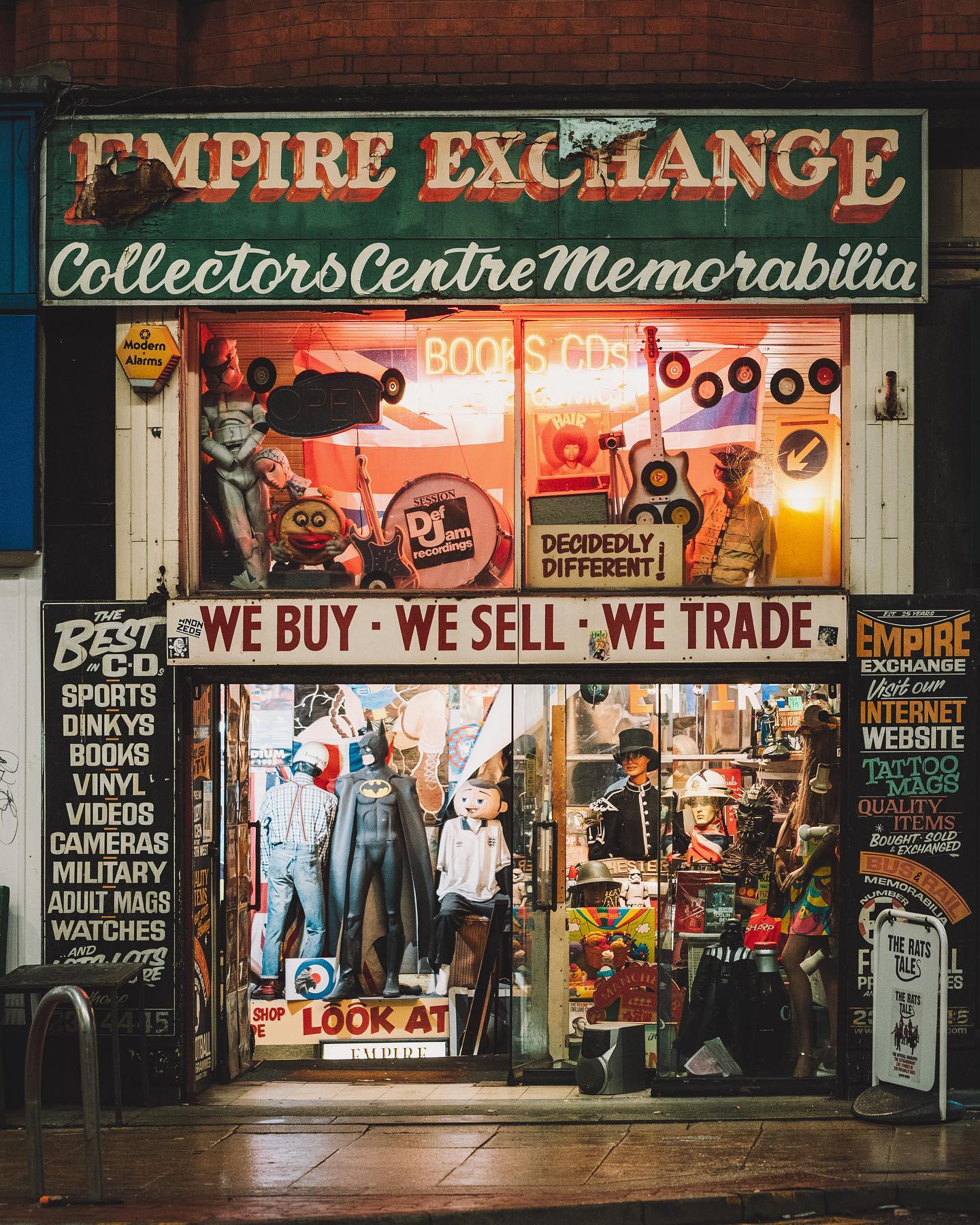 Empire Exchange
Usually with a few loudspeakers blasting Manchester bangers, Empire Exchange also sells LOTS of second-hand and vintage books – and well worth a quick trip up their trinket-laden stairs every once in a while. There’s a lot of United & City stuff here, but you can find everything from 70s Bunty Annuals to Bruno Brookes’ autobiography – there’s a lot of trash here – but also a lot of real gems. 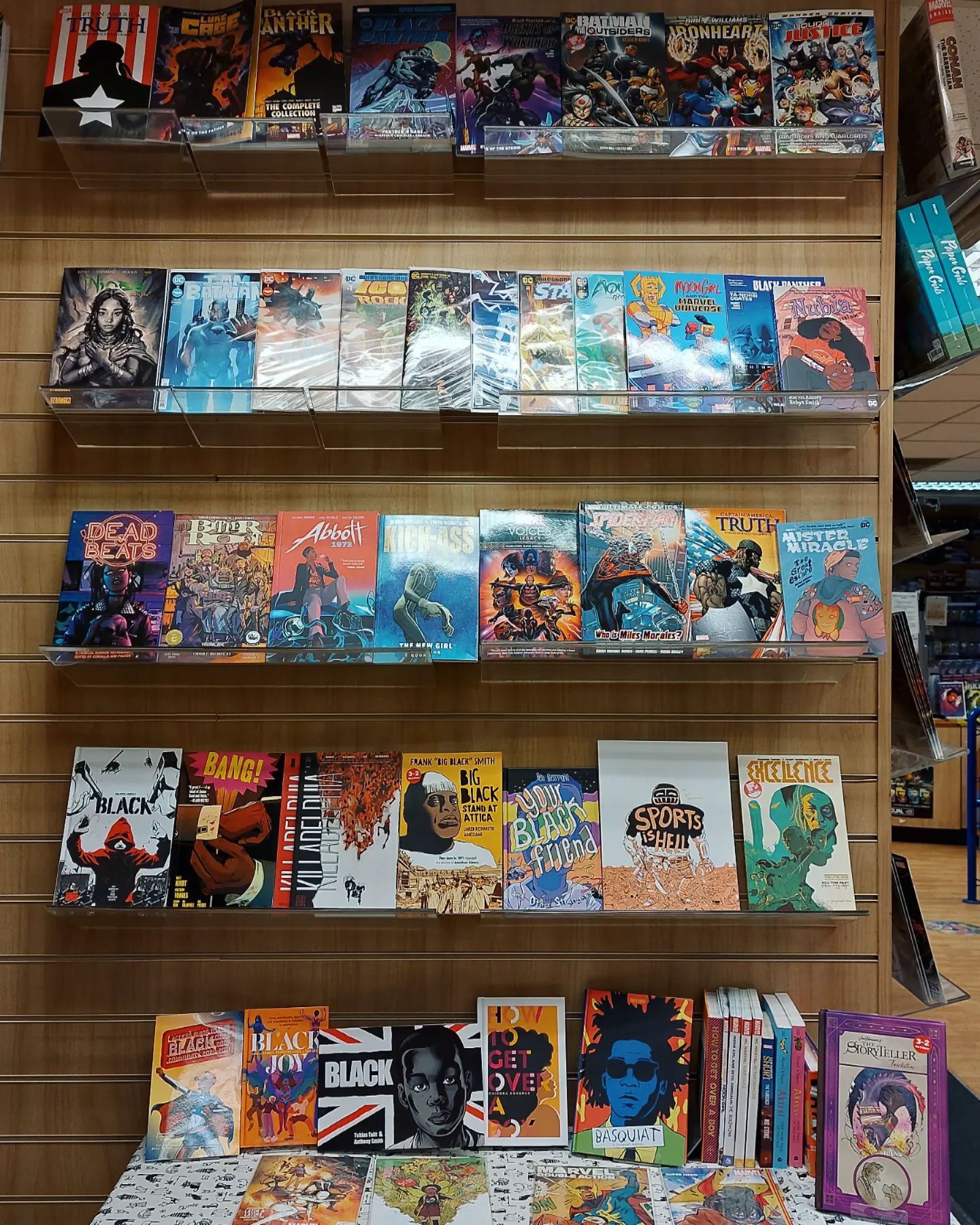 traveler man
You won’t just find board games and role-playing games here in Traveling Man, but also one of the biggest and best selections of graphic novels and manga titles in town. If you’ve heard of a graphic novel and want to read it, Traveling Man will definitely have it in stock. Most of these things have already been made into movies or TV series, or are about to – so get involved with the originals. My favorite? From Hell by Alan Moore – an exciting retelling of the story of Jack the Ripper. 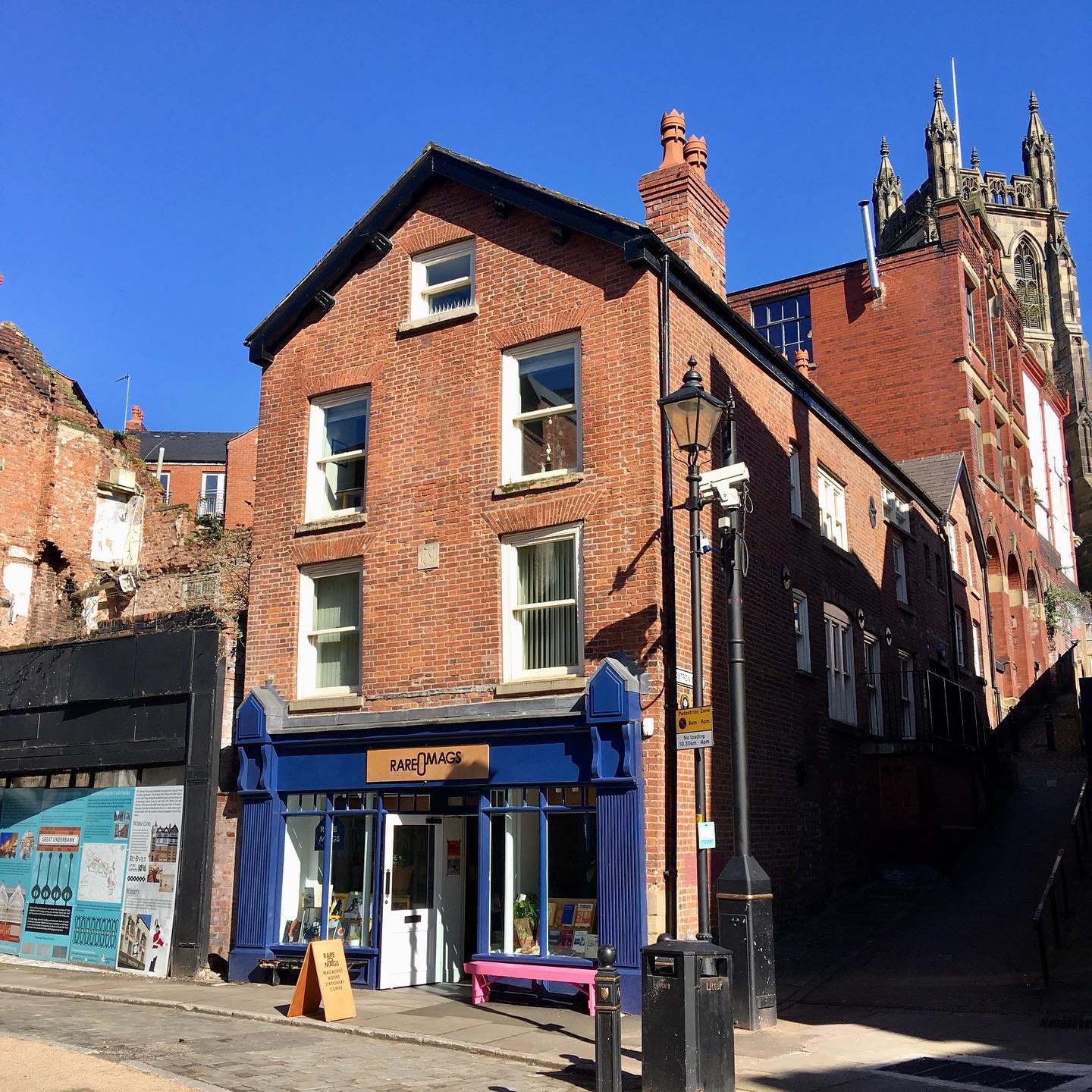 Rare Magazines
Exactly what it says on the box: this shop sells magazines that happen to be rare. The couple behind Rare Mags (again, lovely and great for chatting – something Stopfordians are natural experts at) have a strong presence in the community and support independent and local artists. Their Instagram is a great one to watch if you want a general ear on Stockport happenings. 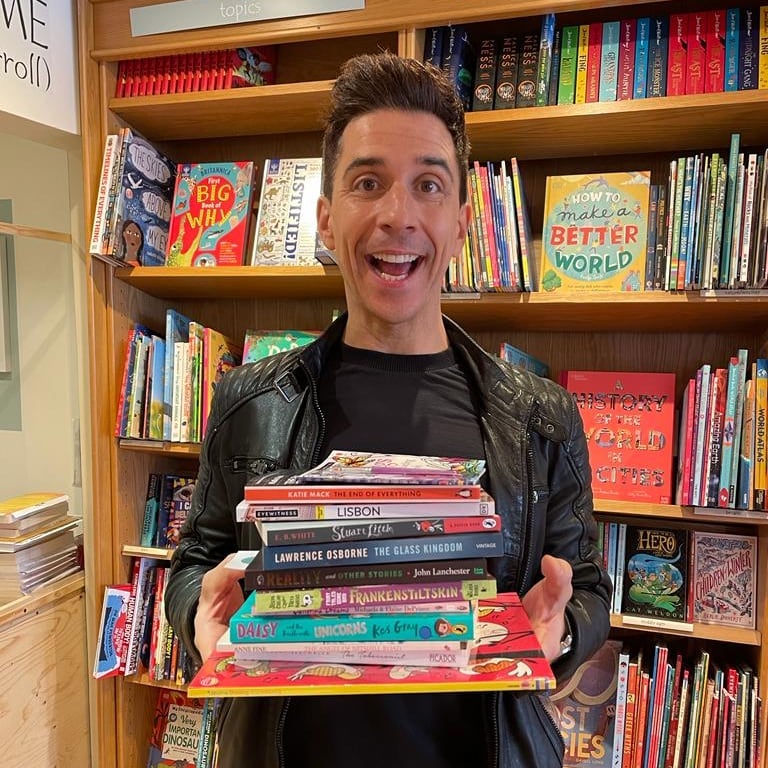 just books
An award-winning bookshop and cafe in the center of Bramhall, owners Andrew & Sue have always dreamed of running a bookshop and have finally made it a reality. Simply Books isn’t just a bookstore, it’s also a community center, and they hold regular events here, including book clubs and book signings, and the duo also host the Simply Cinema screenings in the village.