When Iesha Malone was young, she turned to books to escape reality.

Malone grew up in Roseland, where she said her family struggled financially at times. Reading was his entertainment and an outlet.

“I have been everywhere. I have been of all ethnicities, of all ages. I have been a man, ”said Malone. “And those things when I was young helped me deal with shootings, murders. And I’ve lost a lot of people in my life, so the pounds have helped me lose myself.

Knowing the power of literature, Malone is working on creating a reading café in Roseland to help children and other members of her community have a space to escape into a book and be inspired by stories.

She’s not alone in her intention to bring more reading options to the South Side. Verlean Singletary opened Da Book Joint in Bronzeville in November with the same goal as Malone: ​​to give South Side residents, especially young people, better access to books.

With Singletary’s new bookstore on 51st Street, west of Martin Luther King Drive, and Malone’s Rose Cafe is slated to open on 107th Street and Martin Luther King Drive in the first half of 2022 – pending approval of city ​​permits – residents won’t have to travel far to find books whose characters and authors reflect the diversity of Chicago’s south side.

Most of the books in the Malone and Singletary stores feature black characters and are often written by black authors.

“They need to see that they are represented by books”

Mattie Terry and her daughters walked out of Da Book Joint, one of Boxville’s many small stores, a shipping container market, with several books in hand on Saturday Small Business. His daughters, 18 and 13, have had novels for young adults; and Terry found a children’s book, “Just Like Me” by Vanessa Newton, whose main character looks like her 5-year-old niece, as well as a few books for herself.

“It was really good, one to support a black business and two to kind of support black writers,” Terry said. “It’s kind of like, you know, flipping your black dollar a couple of times.”

Terry said that it is important for children to read books about characters that look like them and books that can better explain black history.

She said she hopes to see more bookstores like Da Book Joint appear in urban communities.

“I think it’s important because it kind of helps them get represented. It helps them with their mental health, ”said Terry. “A lot of times, you know, my kids don’t learn this stuff until later, or don’t read it, and understand their family dynamics, their demographics, their trauma and how to deal with it.”

She said books can also help children understand why some groups are more disadvantaged than others.

Singletary understands the importance of having children read stories that they can relate to.

That was his goal in 2007, when Singletary opened Da Book Joint at the corner of 95th Street and Jeffrey Boulevard. It was the year Amazon first released the Kindle and the year the Great Recession began. She stuck it out for two years, until 2009, when she decided her business plan wasn’t viable and had to shut down.

Da Book Joint has grown into an online bookstore, with pop-up sales at local events. But as the economy improved and people started to become more committed to supporting small businesses, people started asking when she would open a store again, she said.

She started much smaller this time around, a more sustainable business model, she said. Upon entering his new store, people are greeted with a series of mostly adult books on a table to the right surrounded by two shelves with young adult books and beginner chapters. To the left, other children’s books are displayed on two shelves, most with black boys and girls on their covers.

Singletary also created the nonprofit Options for Literacy, an organization that raises funds to donate books to underprivileged youth in schools.

Singletary has always had a passion for reading. Books have helped her improve her vocabulary, reading comprehension, and even math skills. Her mother told her that she started reading when she was 3 and her nose was still in a book, she said.

“I think the level of understanding I got from reading opened a lot of doors for me,” Singletary said. “And this is something that I have always encouraged my children (to do) as well.”

Singletary has a son and a daughter, both adults. Her daughter helps run the store.

Prior to opening Da Book Joint in 2007, Singletary worked in accounting for 15 years.

“I just decided, you know, I want to do something with my dream,” she said. “I want to bring something to my community.

“The rose that grew out of concrete”

Like Singletary, Malone wants to bring something positive to her community.

Malone launched Rose Cafe as an online and pop-up bookstore last year amid seeing people protesting in his community, some breaking into nearby stores like the Walgreens where his father gets his meds. When she asked those who looted why they were doing this to their own community, they replied, “It’s not ours,” said Malone.

She also saw people coming together to clean up the community and realized that what the community needs is more resources. Malone decided that she would open a business in Roseland.

She and her business partner, Rebecca Silverman, are preparing to open a reading café next year in Roseland. When Silverman saw Malone’s Facebook post about plans to open a bookstore, she immediately reached out, offering to help. Silverman’s father, a lawyer, helped the two women found Rose Cafe LLC.

Through Rose Cafe and in partnership with other bookstores, she and Silverman raised funds and donated 8,000 books to children on the South Side.

Malone is a special education English and language arts teacher for grades five to eight at Chicago Collegiate Middle School.

She believes that reading and education can help reduce violence in her community and help people overcome their frustrations. And reading books by black authors and with black main characters can help inspire people, she said.

She also hopes that bringing the Reading Cafe to Roseland will motivate others to open their own local businesses, thereby creating economic growth in the community.

The name, Rose Cafe, was inspired by the poem “The Rose That Grew From Concrete” by late rapper Tupac Shakur.

Have you heard of the rose that grew

a crack in the concrete?

Prove that the law of nature is wrong

learned to walk without having feet.

It’s funny it seems, but keeping your dreams,

he learned to breathe fresh air.

– Long live the rose that grew out of concrete

when no one else cared.

The poem “symbolizes coming from adversity, a lot of hardship but still growing through the crack and being beautiful,” Malone said. “This is exactly what I see as Rose Cafe. We start here and we can be beautiful. Roseland can be beautiful. 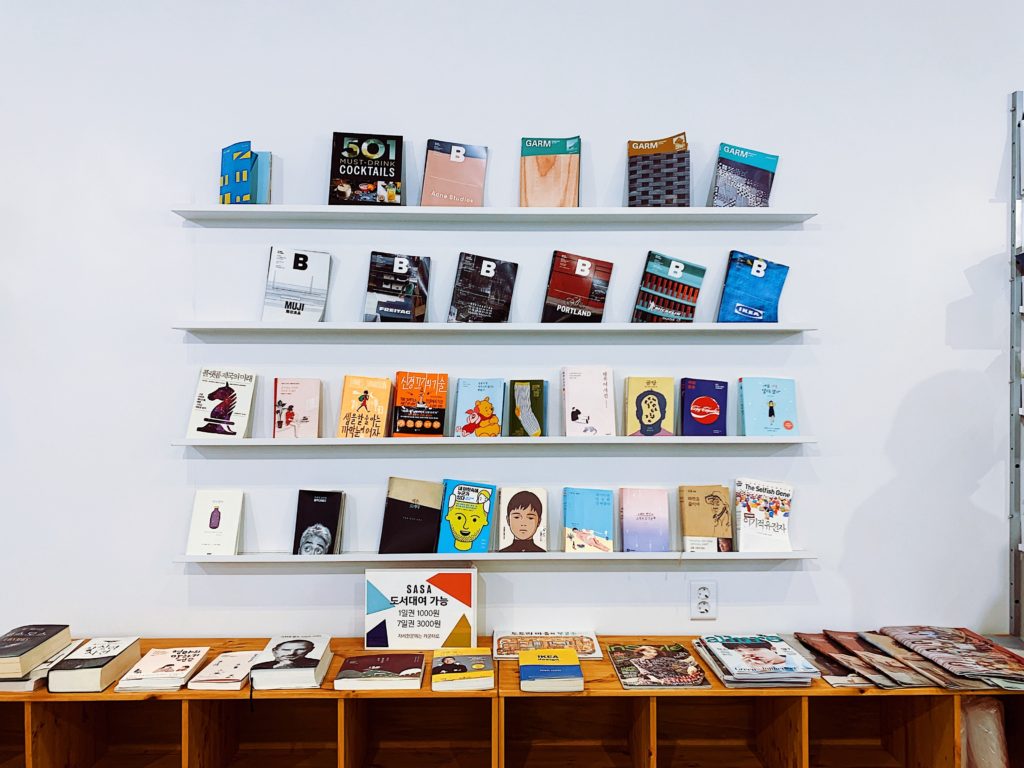 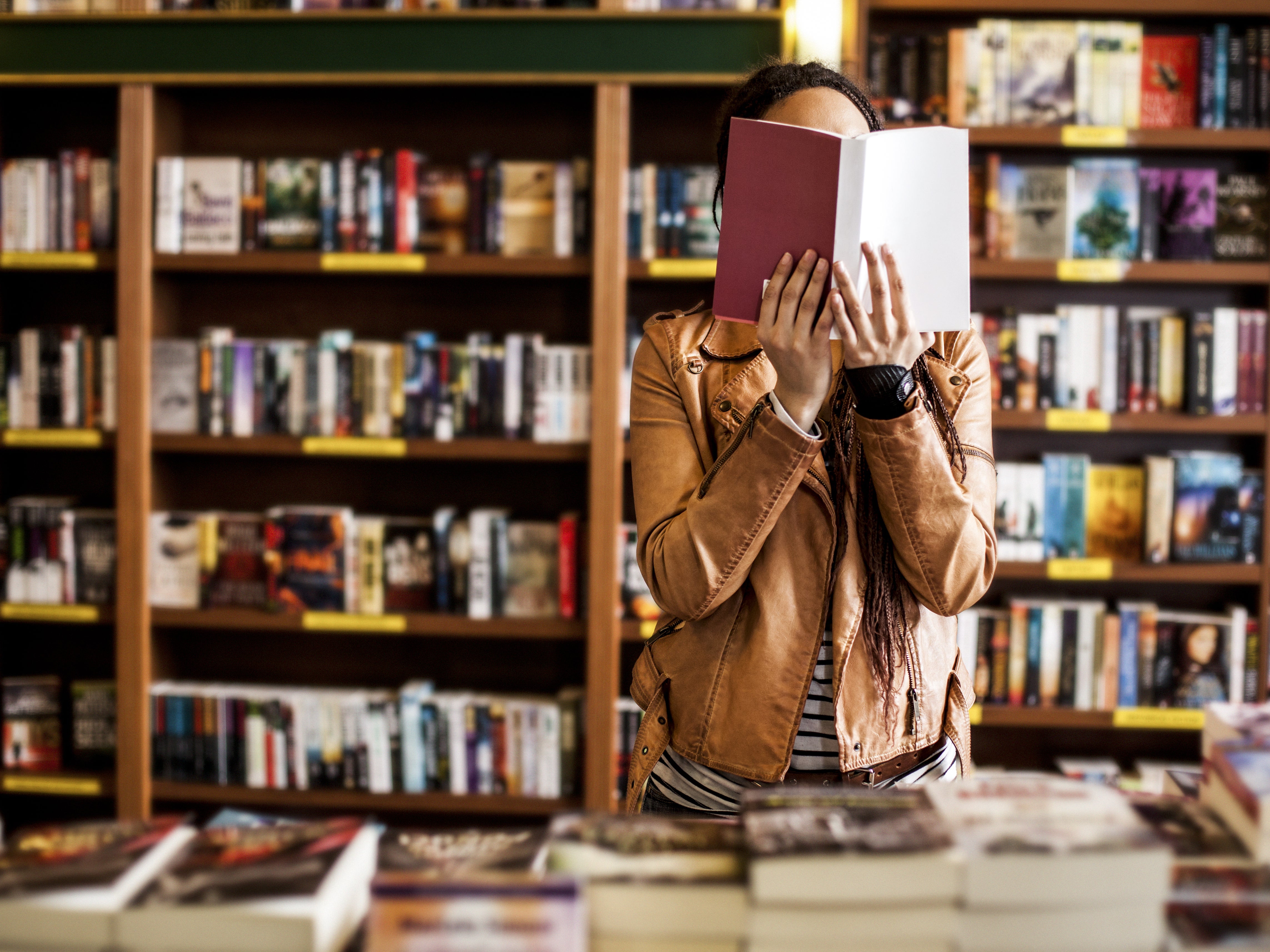 The 10 most beautiful bookstores in the world 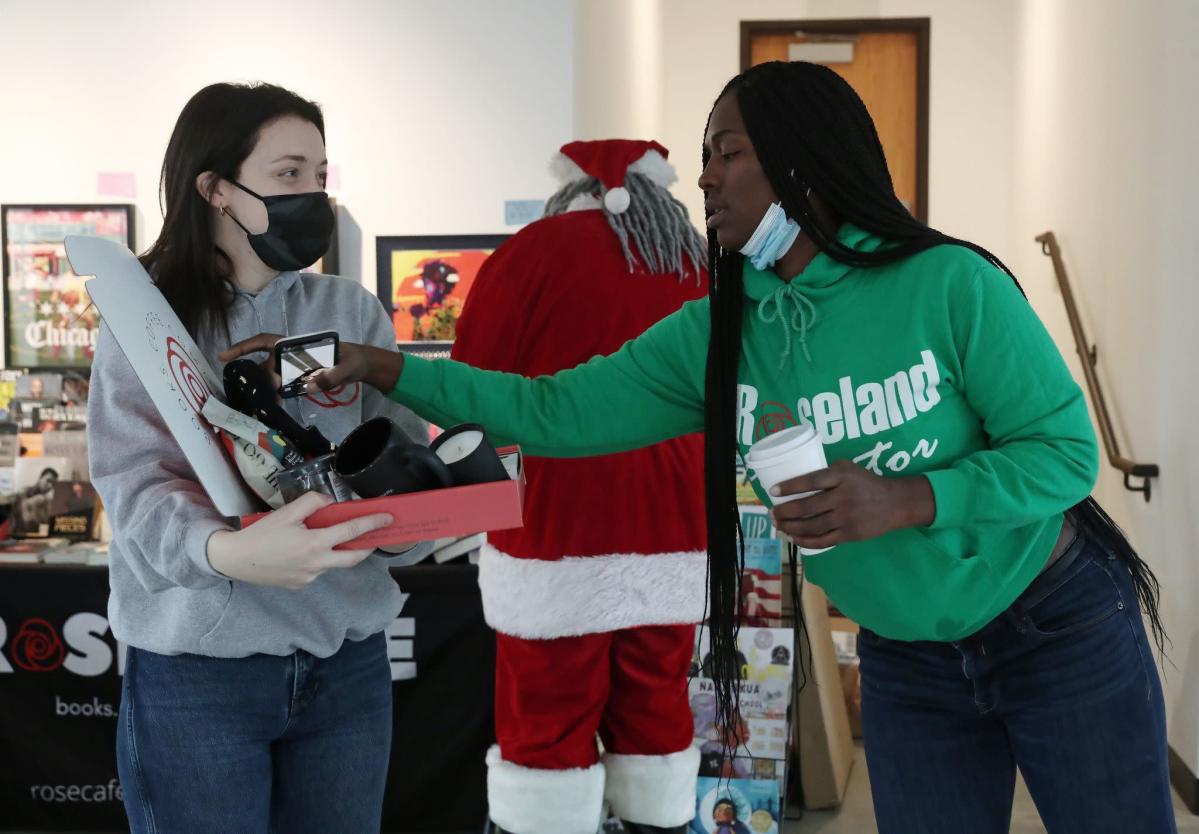 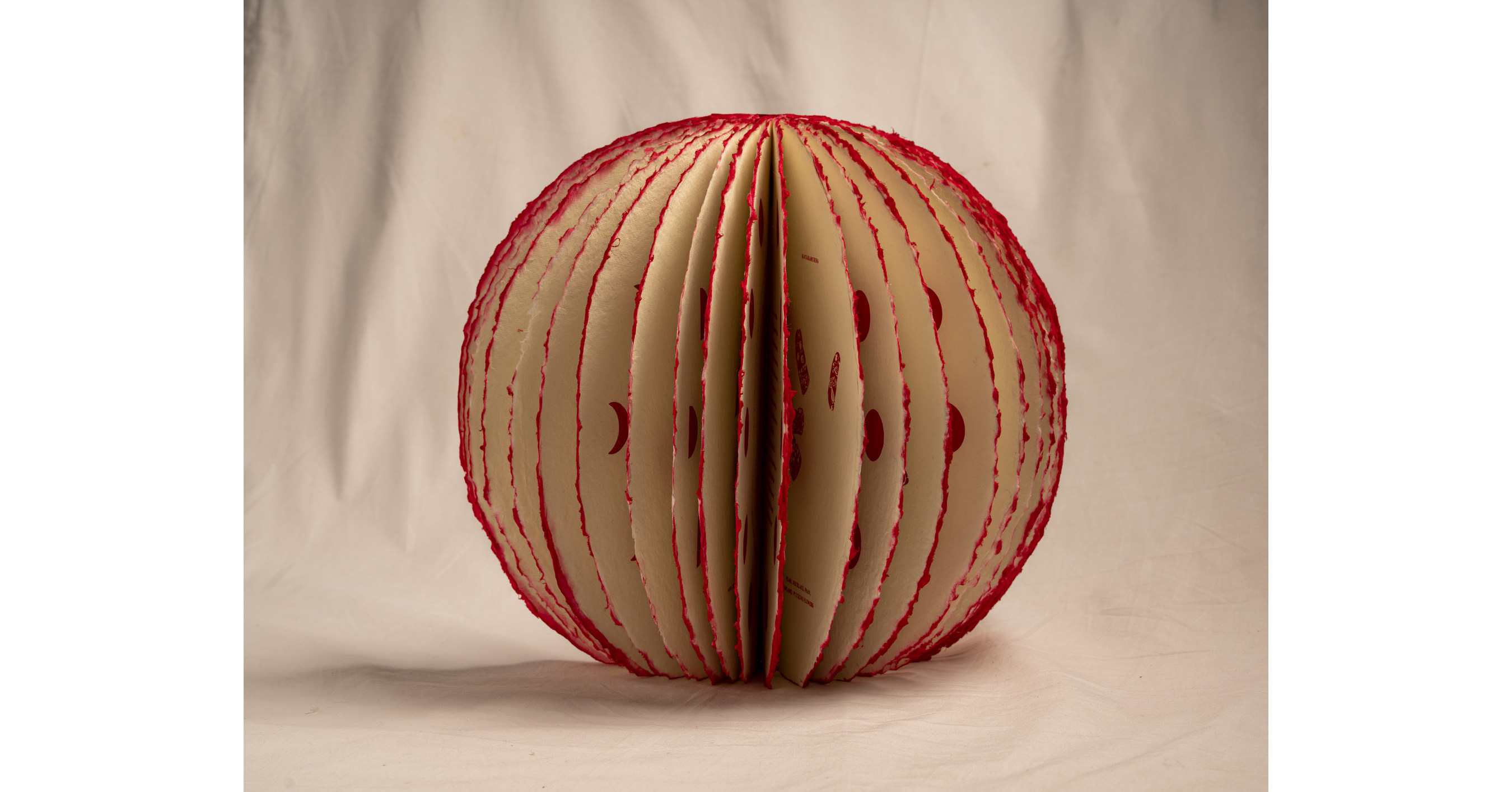 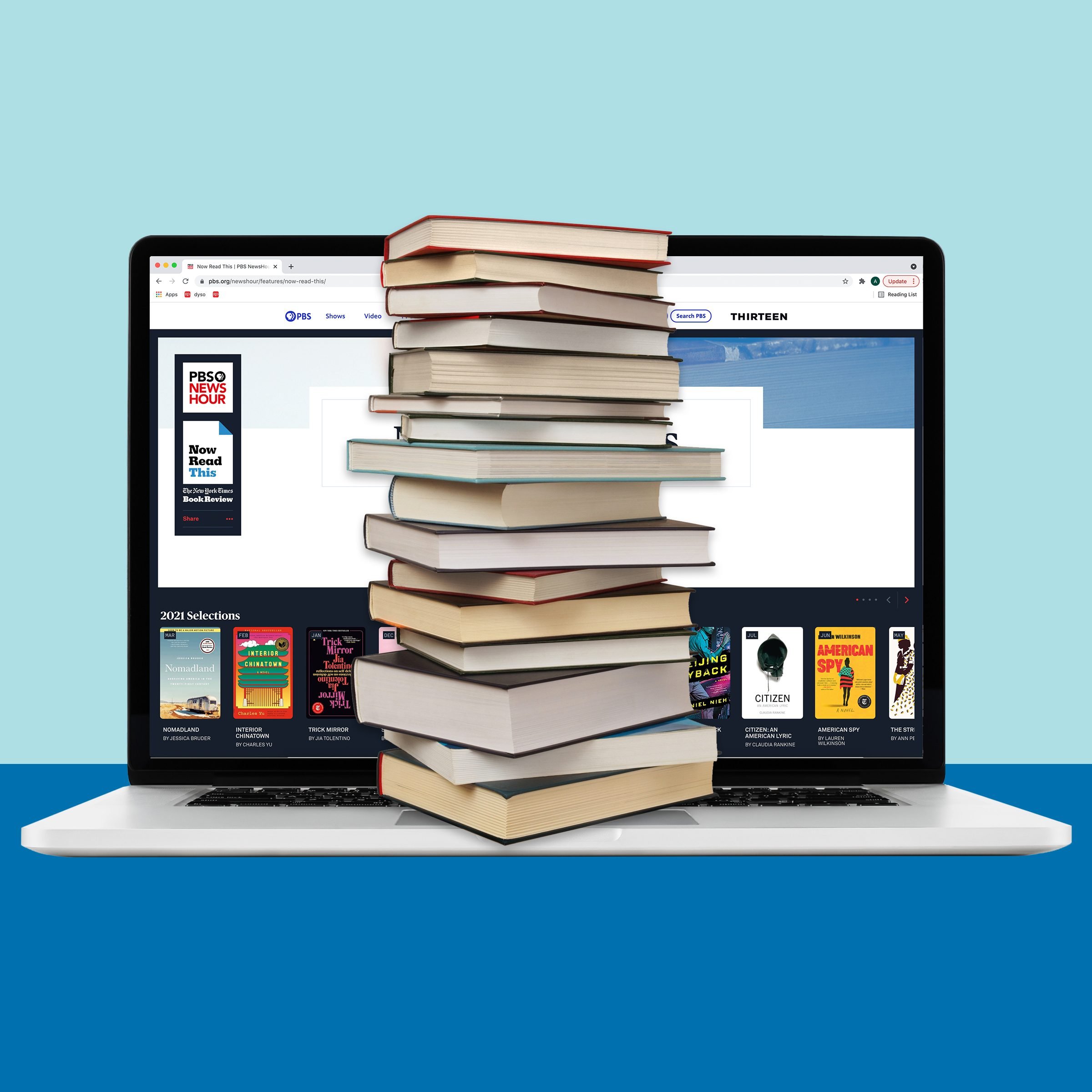